A Crisis of Democracy and Representation

Democratic societies (both new and established) are currently undergoing a deep crisis. It is almost impossible to overlook the symptoms; a decline in voter turnout, the rise of right-wing populism and plebiscitarianism, civil dissatisfaction, and the decline of traditional partisanship. The origin of this crisis is often seen in the crisis or disintegration of traditional representative institutions. While such developments lead some to infer the demise of representative democracy and celebrate the emergence of post-representative democracy, a significant portion of contemporary democratic theory on the contrary (and apparently paradoxically) turns to representation as a tool for democratizing democracy. This move may seem surprising not only for the de facto crisis of representative institutions, but also because many streams of contemporary democratic theory (participatory, deliberative, and radical theories of democracy) were formulated as a critique of the inherently undemocratic and elitist or oligarchic nature of representative democracy and as an effort to overcome it. The articles gathered in this volume seek to capture this intellectual movement and offer new reflections on the relationship between democracy and representation as a tool for both understanding and treating the crisis of democracy. 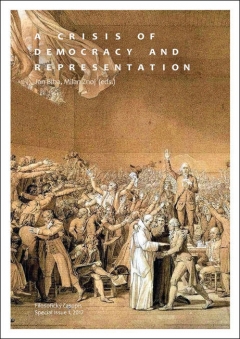