This bilingual annual publication is a medium devoted to scholarly research and discussions on the history and present of critical social thinking in Central and Eastern Europe, as well as on “post-communist” situations in other parts of the world that have been influenced by the collapse of communist party governments. The second edition is published with texts by N. Pepperellová on Lukács, D. Swain on Rawls’ theories of justice, P. Steiner on Havel, N. Nesbitt on Deleuze and music, V. Effenberger on poetry, H. Marcuse on aesthetics, and A. Badiou on communism. 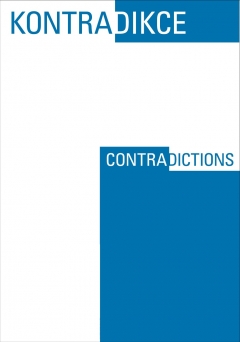