The Spectres of Selfhood

The Philosophy of Individualism in the Interwar Czechoslovakia

Individualism as a concept did not have a very good reputation in the interwar Czechoslovakia. Yet, already Masaryk and later on Peroutka made a signifi cant appeal to the cornerstone of democracy – personality. The aim of the publication is to show how the thinkers with the biggest cultural and spiritual infl uence of the time dealt with the problem of creating a strong individuality, and what troubles they had to face. None of them (perhaps with the exception of Ladislav Klíma) declared individualism as the centre of their philosophical thinking. However, a closer look at their philosophy points to interconnectedness of the “struggle for individuality” with the struggle of the newly created Republic for its self-determination. After all, some of the thinkers understood nation or state as autonomous individual, albeit collective. The intentions of the authors of this collection of texts is to help better understand how the problem of individuality formed our own history. 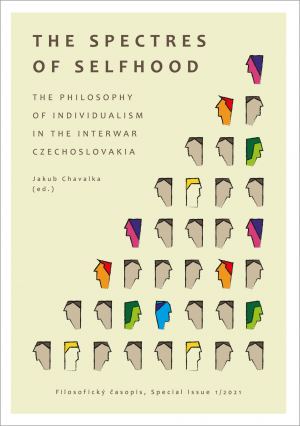