The remarkable literary “dialogue with Europe”, the Old Czech Chronicle of Bruncvík, a legendary Czech prince, dates back to the end of the 14th century. After being shipwrecked in the Mediterranean, he found himself on an island somewhere on the border of Europe, Asia, and Africa. Here he met a mysterious mermaid named Europa. This story became the inspiration for a book that attempts a multilayered reflection of European cultural and political identity in the past and present. It contains studies by leading authors from the Czech Republic, Germany, Austria, and Poland.

Publication has been sold out. 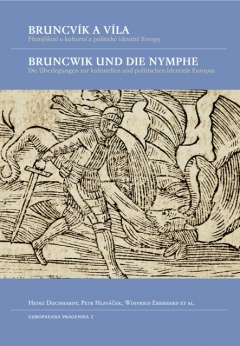