A common feature of the contributions collected in this special issue of the Philosophical Journal is the effort to grasp the relationship between the rule of the people and the rule of law, which has been a central problem of political philosophy since its origins in classical times. The articles deal with the original Greek understanding of the law and its relation to de mocracy, the sophistic problematization of this relationship (under the title of the opposition physis – nomos), and especially its new conception in the work of Plato and Aristotle. The authors of the papers are experts on ancient political thought associated with the research network Collegium Politicum. 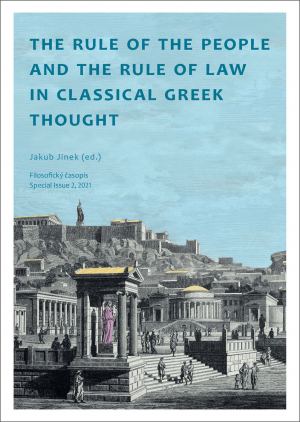